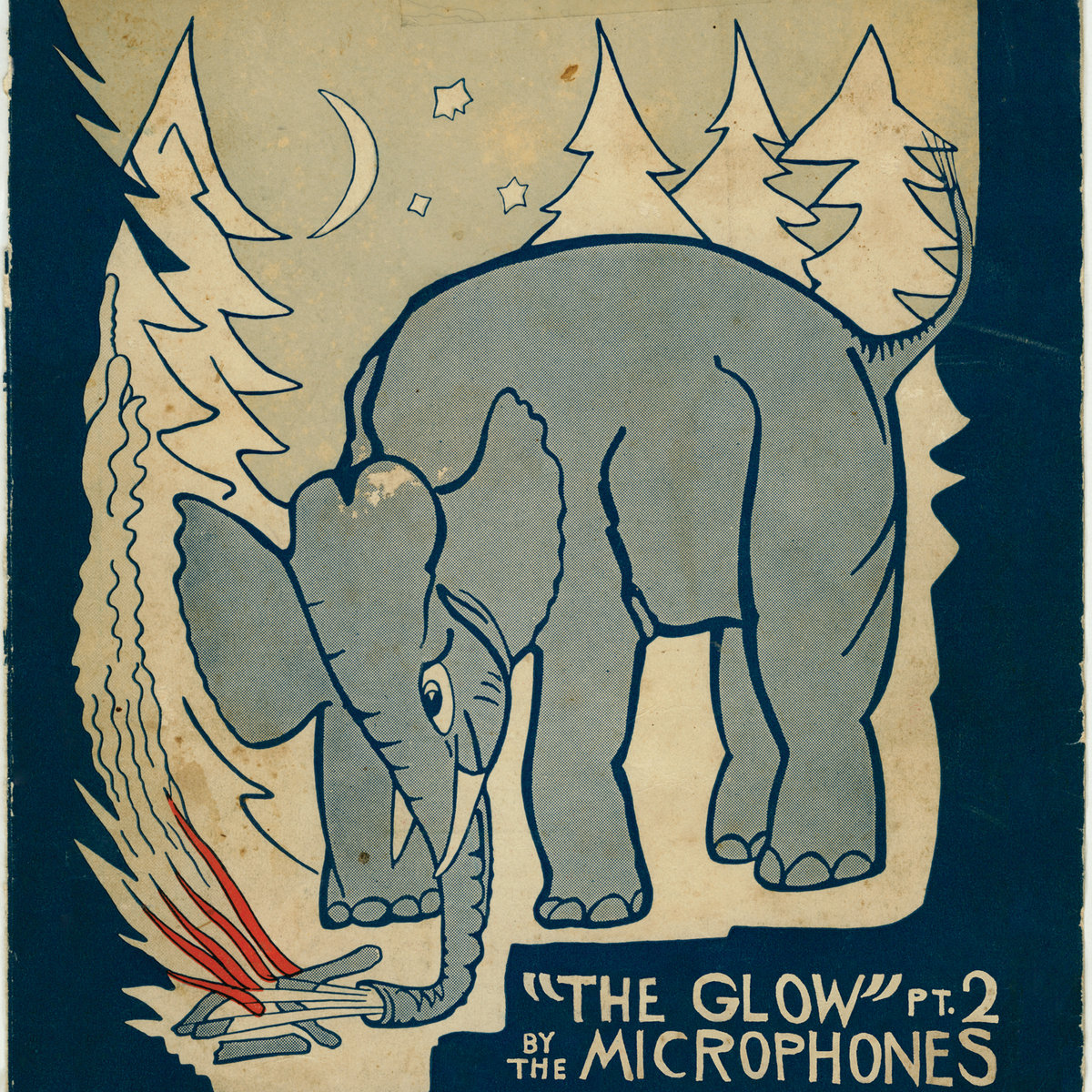 There isn’t much more I can say about The Microphones’ 2001 album The Glow, Pt. 2 that hasn’t been discussed before. It’s one of the most celebrated albums of the last two decades, alongside its counterparts It Was Hot, We Stayed in the Water and Mount Eerie, mostly due to the creative genius behind the project, Phil Elverum. This trilogy of albums is one of the greatest series of consecutive outputs ever made, and while I believe that Mount Eerie is an equally incredible album, The Glow, pt. 2 has always remained to be a more intimate and impactful experience for me. It’s an album I found to be extremely therapeutic during some rough periods, and it’s definitely one of the albums that has changed my perspective the most; with each listen being more rewarding than the last with its ability to help me really contemplate some of my own emotional experiences in relation to the music.

This isn’t to say I identify completely with every single theme and lyric in the album, but instead I find the way The Glow, pt. 2 is structured to be its most compelling aspect. At first glance, this album is a mess. The production is abrasive, Phil’s vocals sound defeated and weak, and instrumentals often seem to clash and contradict with each other. Apart from a few tracks that transition into one another, everything seems to be thrown together almost at random, creating a jarring and intense juxtaposition throughout. Its only upon revisiting the album that it’s clear how meticulously The Glow, Pt. 2 is actually constructed. Although it remains just as chaotic and fragmented, it becomes obvious that the volatile sound of the album is actually the most effective and important foundation in its narrative.

This album was created in the wake of a particularly painful break-up. Anyone who has been through a break-up knows that more than anything, it’s often a confusing experience. Instead of specific feelings of anger, depression or regret, it’s usually an amalgamation of these emotions mixed into a single giant mess, which is exactly how The Glow, Pt. 2 depicts Phil’s experience. It attempts to shove hundreds of complex thoughts into a one hour period, and in the process creates a terrifying collision of raw, intense emotion as Phil desperately tries to sift through it all. There are moments of brief composure as Phil shakily delivers lyrics over calm acoustic guitars, however these are often directly followed by crushing blows of distortion. This juxtaposition between vulnerability and aggression is something seen constantly, and demonstrates how integral the production of The Glow, Pt. 2 is in contributing to its storytelling.

The very first example of this can be seen at the very beginning of the album, with one of my favourite three-track runs of all time: I Want Wind To Blow”, The Glow, Pt. 2, and The Moon. The first track I Want wind To Blow deals with themes of confusion and isolation, accompanied by several layered acoustic guitars which pan left and right to create a soothing yet disorientating feel, immediately introducing a sense of precariousness deep in the music’s structure. These guitars build throughout the song, until being completely torn apart in a violent wall of distortion as the title track arrives, signalling with it the start of the next hour-long stretch of chaos.

"There's no black or white, no change in the light
No night, no golden sun
The sound of cars, the smell of bars,
the awful feeling of electric heat
Under flourescent lights, there's sacrifice
There's hard feelings, there's pointless waste"

The third track, The Moon, has Phil returning to key locations in his relationship in order to try and erase them from his memory forever. He’s unsuccessful, and instead propels himself even further into the vicious cycle of thoughts. The song-writing on this track is one of the highlights of the entire album, and the mixing of the vocals underneath the crushing noise of the distorted guitars once again demonstrates the importance of the production as an aspect of the story; creating a sense of the raw, overwhelming emotion that Phil is experiencing in the song. It’s one of my favourite songs of all time, and is a perfect example of how incredible Phil Elverum is as both a songwriter and a producer.

Phil manages to finally collect his emotions more clearly for a few songs after this, with Headless Horseman to I’ll Not Contain You marking a quieter stretch of tracks. However despite the calmer tone of these songs, the same themes of longingness, bargaining and pain persist, and continue to persist until the final moments of the album. It’s also around this time that we’re introduced to a musical motif of a single repeated foghorn that plays during several points throughout The Glow, Pt. 2. These are the only moments of peace during the album, where Phil is alleviated from the emotional turmoil he is experiencing. However they are consistently interrupted at every single moment that they begin to emerge.

This is, until the very end of the album, after the final devastating blow of Samurai Sword completely decimates everything that came before it, leaving nothing left but the sound of the foghorn and a distant hint of the opening track, I Want Wind To Blow fading into the background. The final few minutes are in almost complete silence apart from the sound of the foghorn, which is extremely sobering after such an emotionally draining experience. The storm is finally over and Phil is able to rest.

The Glow, Pt. 2 is one of the most rewarding albums I have ever heard. Every time I listen to it, I hear some new slight intricacy I hadn’t noticed before. It can be an emotionally tolling experience, and for this reason I don’t listen to it particularly frequently anymore, but I felt like it was deserving of a revisit, and it absolutely remains as one of my favourite albums of all time. Although it’s daunting at first, it quickly becomes one of the most deeply personal and beautiful experiences you could ever have listening to music. It’s one of the best concept albums ever made, and will without a doubt be remembered as one of the most ground-breaking records from the turn of the century.

"But I dont know, the nights are cold
And I remember warmth
I could have sworn I wasn't alone" 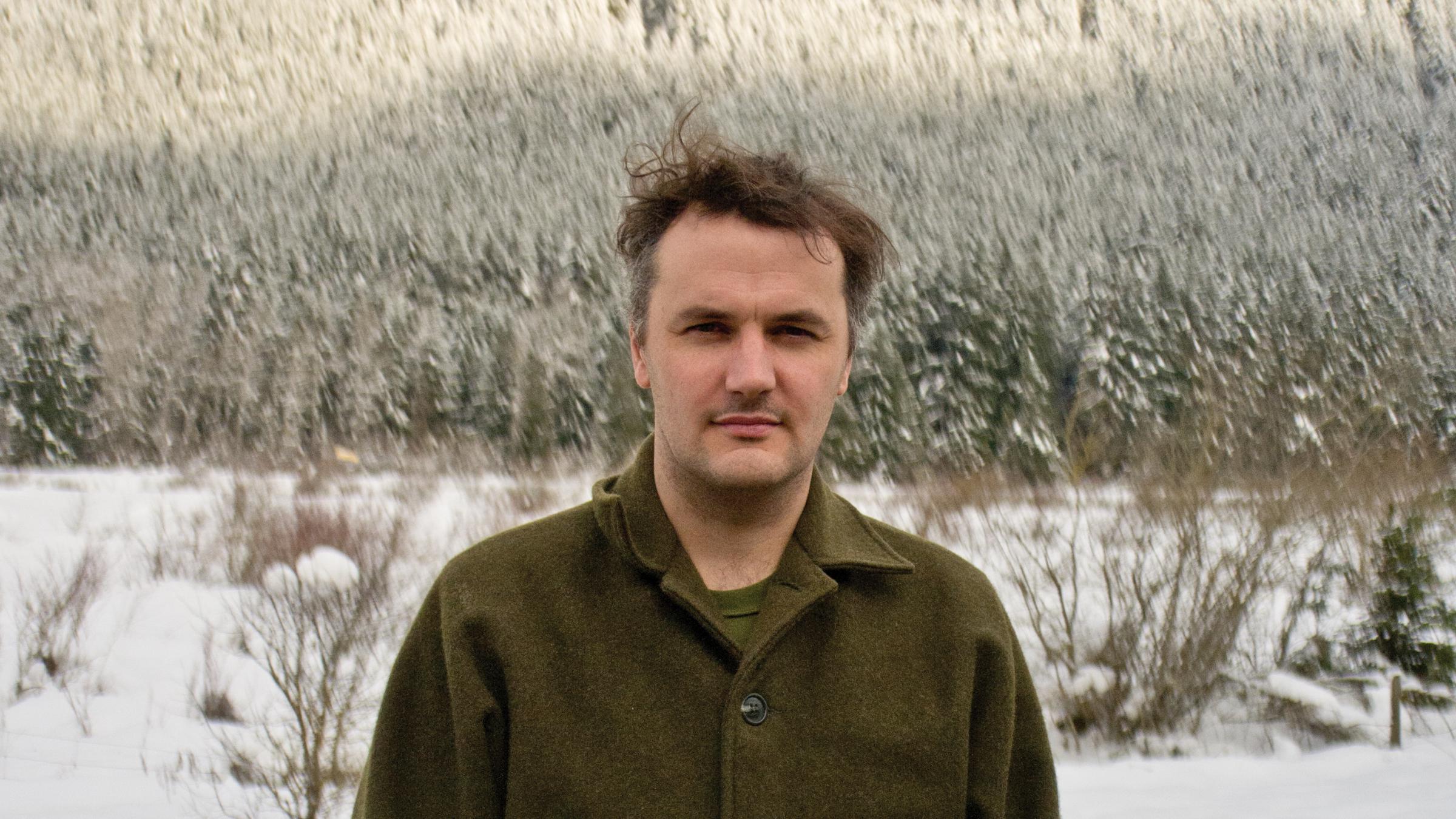