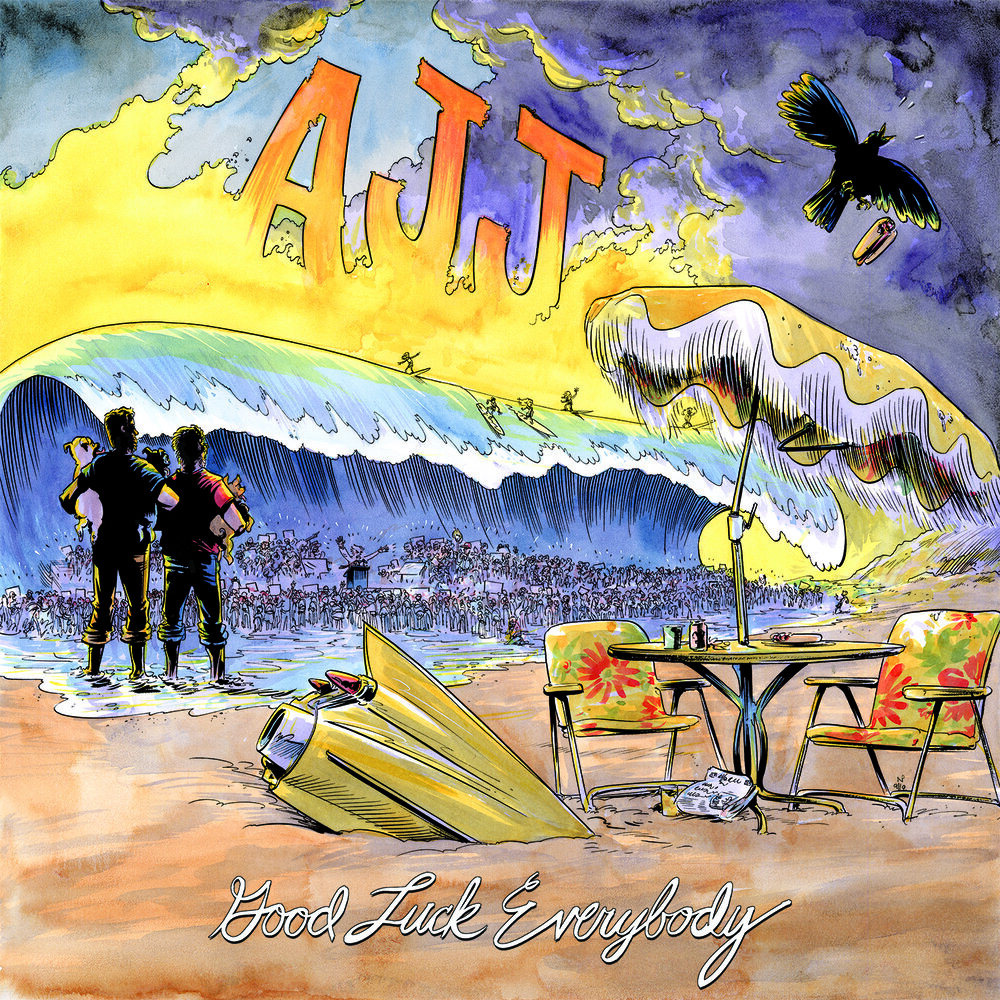 AJJ (Formerly known as Andrew Jackson Jihad)’s latest full length album, “Good Luck Everybody” is one of the earliest releases of the new decade, and is an extremely grim perspective of the current state of the world, both socially and politically. The album cover alone is a pretty accurate representation of how hopeful the band is for the future, with two silhouetted figures gazing at an oncoming tsunami engulfed in flames and a raging storm. It’s hardly subtle, but neither is the album itself. This is by far the most politically charged work the band has put out so far, and for the most part this is integrated into very well.

The name of the album in of itself is a darkly sarcastic statement that is repeated several times throughout the album, introduced in the second track; Normalization Blues, a song in which lead singer Sean Bonnette talks about his growing disillusionment to the world around him. Almost instantly here the album establishes it key themes: social detachment, anxiety and despair regarding the current political climate in America. This is one of the strongest and most direct songs on the album, accompanied by some pretty good acoustic instrumentals to make for an extremely strong start.

No Justice, No Peace, No Hope continues on this theme of Bonnette’s utter despondence towards the direction that America, a country he clearly once loved, is headed. It’s a heart-breaking listen, and breaks away from the tongue-and-cheek attitude that most of AJJ’s music usually has to instead deliver an absolutely devastating track. This attitude returns in the next song however, as he sarcastically leads a chant to literally vote for a Mega Guillotine in 2020, implying that it is a better choice than any other political candidate at the moment. As I said before, it’s hardly subtle, and the joke is a little overdone by the end of the track, but then again AJJ have never been the most subtle band.

A further example of this is in the track Psychic Warfare, where I think the lyrics pretty much speak for themselves in this case:

The final track on the album, A Big Day For Grimley is a surprisingly hopeful ending to the album, concluding on a toast to everyone that they find wellbeing amongst the turmoil and current state of everything. However in the context of the rest of Good Luck everybody, this is more of an uncertain and unattainable vision of the future rather than a genuinely optimistic conclusion to the album. Once again, the name of the album returns for the final lines of the album, sounding far more sincere than before, but every bit as unsettling.

Good Luck Everybody is one of the best albums from Andrew Jackson Jihad in years, stripping back the much more chaotic noisy aspects of their previous work to deliver a cleaner and more coherent record. Although at some points it could benefit from staying tonally consistent and more subtle, for the most part the writing is genuine and a clear representation of Gallaty and Bonnette’s despair and anxiety towards the future. Good Luck Everybody is a relatively short and definitely worth-while listen to start the decade. 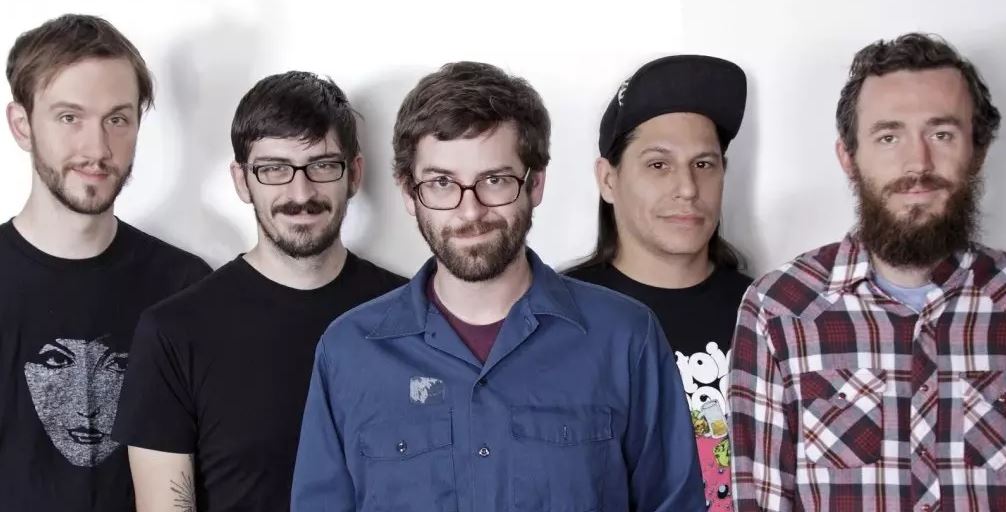