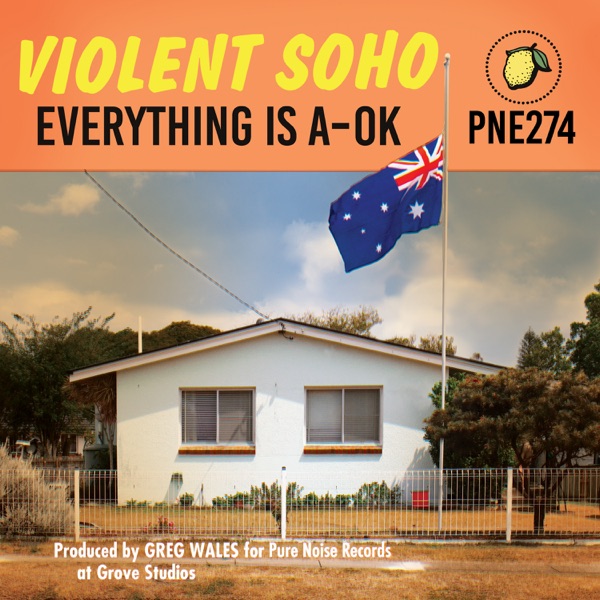 Violent Soho - Everything is A-OK

It’s morbidly fitting in a way that amidst all that’s happening at the moment, the newest Violent Soho album just happens to be ironically titled Everything Is A-OK. Even though its first single was released back at the end of 2019, it seems like they incidentally couldn’t have chosen a better time to release this. After four years of waiting since their last release WACO back in 2016, a new Violent Soho album is definitely very welcome, especially under the circumstances. And although not sounding as defining as their previous two albums, Everything is A-OK is a lot of fun.

In comparison to these other releases however, Everything Is A-OK is definitely their most digestible album, sitting at only 34 minutes and containing relatively little fat to be trimmed because of this. It’s also extremely consistent, and is definitely a good album to listen to if you haven’t heard Soho before, with tracks like Vacation Forever and Slow Down Sonic sitting up there with some of their best stuff, blending an extremely raw sound with catchy, fun song writing. As I said before, it doesn’t sound as much of a grand statement as their last releases, but for this same reason, Everything Is A-OK feels very mature and comfortable in its own shoes.

The Album starts off with the instant ear-worm Sleep Year. A punchy, immediately grabbing song that sets the mood for how much of the album sounds. And although much of the album follows this same formula, it never really outstays its welcome. It doesn’t have a whole of contour from start to finish, but the energy is constantly high, and when the songs are this entertaining, it’s hard to be critical of it. The only real exception to this is the last track on the album, which also happened to be its first single - A-OK. When I first heard this at the end of last year I wasn’t hugely impressed by it. I wasn’t entirely convinced by the stylistic change-up, and I was a lot more excited once I heard the subsequent singles Vacation Forever and Lying on the Floor. But in the context of Everything is A-OK, I was surprised by how much I ended up genuinely loving this track. It’s a lot more understated than everything else here, giving the album some space to breathe in its final moments as well as helping round out its structure nicely. Frontman Luke Boerdam sings about vulnerability during difficult times with simple yet effective lyrics that the band is so well known for.

The lyrics throughout the album are solid too, with a decent level of wit and simplicity which really adds to its entertainment value. It discusses themes of uncertainty and struggling to stay afloat in the difficult period of time we find ourselves in, but always stays very light and grounded, which is why it remains sounding so genuine. One of the best examples of this is in one of the album’s best songs Vacation Forever, where Boerdam attempts to remain positive despite obviously being overcome by a growing cynicism for everything around him.

“Cause I got no car, and I got no house but I kept the garden clean
Theres a baby boomer across the street and it won’t stop staring at me
Vacation life, forever in strife, I’ll leave the family, I just wanna be”

Everything is A-OK is a lot of fun to fit into a relatively short album. Although it isn’t one of violent Soho’s more ambitious albums, it still manages to deliver a solid set of tracks which are full of a lot of heart. It has some of their best songs, and it consistently entertaining from start to finish. If you’re stuck at home like most of us are at the moment, there’s not much better way to spend your time than giving this one a listen.

"It's complicated
Like an after-thought
Well, I just wanna leave
But I wanna be around" 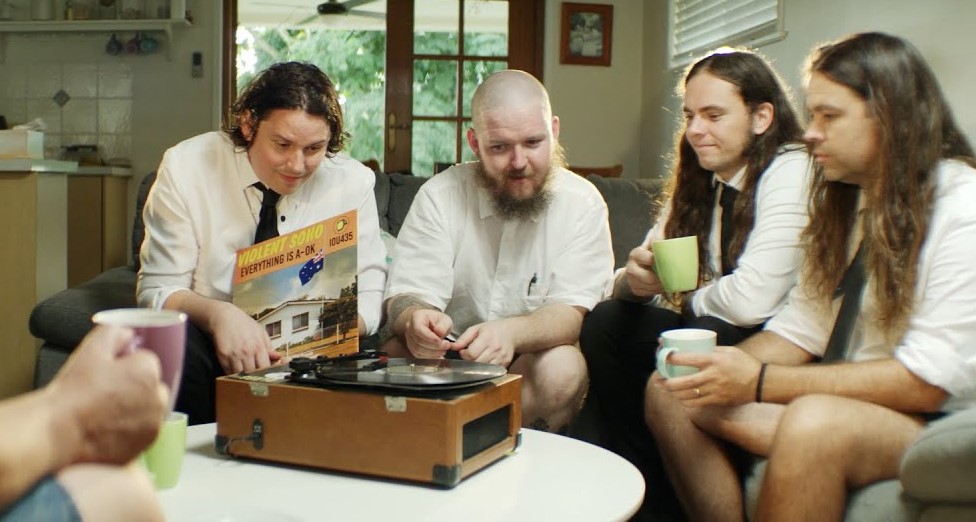